No Result
View All Result


Apple confirmed plans to shift its Mac lineup to its own processors, moving its notebook and desktop computers away from Intel chips after 15 years, and said Microsoft and Adobe are already updating their software for the new architecture.

Microsoft’s involvement continues a longstanding partnership with Apple, dating back to the early careers of Bill Gates and Steve Jobs, which has persisted even as the companies have competed in a sometimes acrimonious rivalry.

“Apple and Microsoft have worked together to bring great Office productivity to Mac users from the very beginning, and we’re excited to bring Office to this new era of the Mac,” a Microsoft spokesperson said in a statement to GeekWire.

The switch to Apple processors will make Macs more powerful and responsive, and give users the ability to install and run iPhone and iPad apps directly on the Mac due to the common architecture, the company said. Particularly given the iPhone’s popularity, the changes have the potential  to make the Apple computers more of a threat to Microsoft’s Windows business.

Apple had about 7% of the worldwide personal computer market in the first quarter, shipping 3.5 million Macs, down 6.2% from the comparable period a year earlier, according to the Gartner research firm. Three Windows PC vendors — Lenovo, HP and Dell — currently dominate the market. 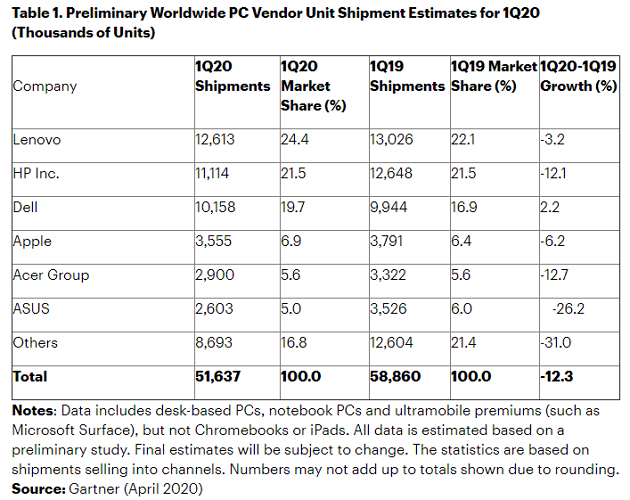 But this scenario, in which companies simultaneously compete and partner in different areas, has become common in the tech industry.

“We’ve been working with our friends at Microsoft, and they already have Office up and running natively on our new Macs,” said Craig Federighi, Apple’s senior vice president of software engineering, showing versions of Word, Excel and PowerPoint running on the new Mac processors.

Federighi touted the smooth scrolling and responsiveness of the Microsoft apps, including a processor-intensive 3D view of the slides in a PowerPoint presentation.

Adobe is updating Creative Cloud software including Lightroom and Photoshop for the new Mac processors.

Apple CEO Tim Cook called it “a truly historic day for the Mac,” addressing developers Monday during the announcement at the company’s virtual WWDC conference. The company also unveiled the next version of macOS, dubbed Big Sur, which will take advantage of the new Mac processors.

The success or failure of the new processor strategy will depend heavily on the willingness of developers to update their software to run on the new Mac processors. The new version of Apple’s development environment, Xcode 12, will let developers create universal apps to run on both Intel-based Macs and new Macs using Apple’s silicon.

Apple says the process of shifting to the new processors will take about two years, with the first Macs based on Apple silicon set to ship by the end of this year. Apple says it “will continue to support and release new versions of macOS for Intel-based Macs for years to come, and has exciting new Intel-based Macs in development.”

How to Spend More Quality Time With Your Family